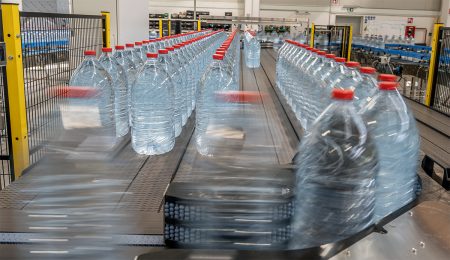 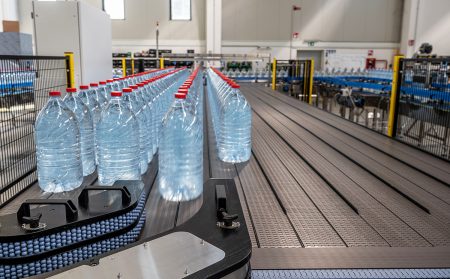 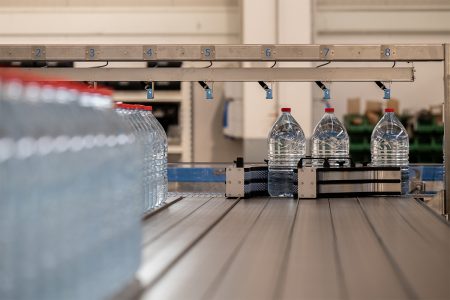 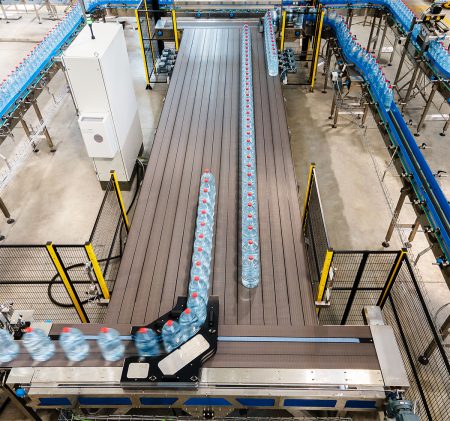 This system is used in plants for the progressive and orderly accumulation of products in the event of slowdowns and / or stops of downstream machines, thus minimizing the arrests and increasing the line efficiency.

The system consists of a structure with parallel lanes equipped with independently motorized chains. The motorized trolleys at the table infeed and outfeed lead the containers in the passage from the conveyor to the accumulation table and vice versa.

Modular design, configurable according to the needs of the handled containers and the required productivity;

Easily accessible for the operator. The accumulation table is designed to ensure excellent visibility of the conveyed products;

The number of lanes and the length of the table vary according to the accumulation needs of the production line: from 6 to 16 rows for lengths from 6 to 15 m;

High flexibility for the handled formats: small bottles up to 2 litres at high speeds and bottles from 6 to 12 litres at lower speeds;

Specially designed for the accumulation of unstable and shaped containers (square, rectangular, round, etc.) and of any type of material (PET, HDPE, GLASS, Aluminium);

The accumulation on a bottling line is extremely important for increasing its efficiency. The need to have a buffer time raises with the increase of the lines speed and their complexity.

Vetromeccanica “Mass” buffer system allows to accumulate a large quantity of containers and to absorb any slowdowns and / or micro-stops caused by production problems or normal interventions by operators during the production process.

Low pressure on the table to minimize the risk of deforming the containers;

Easy to integrate in any type of bottling line; 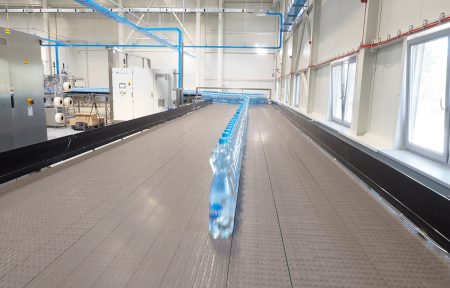 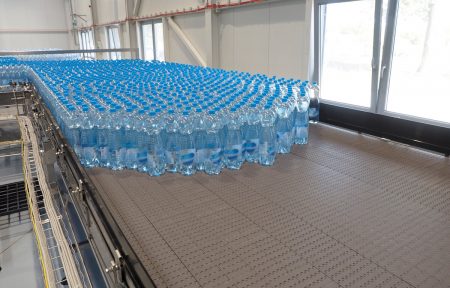 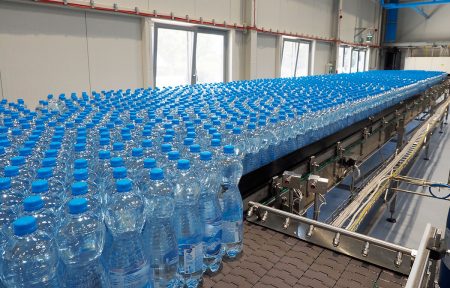 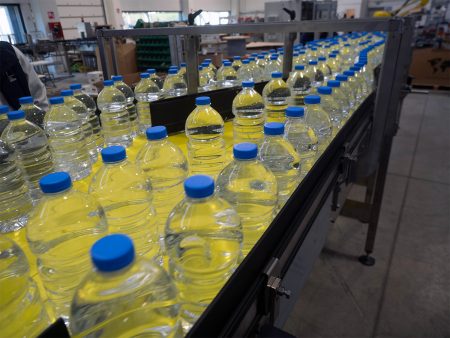 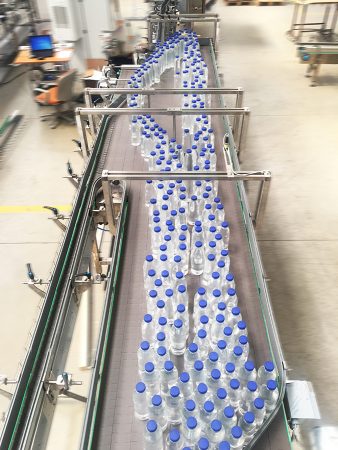 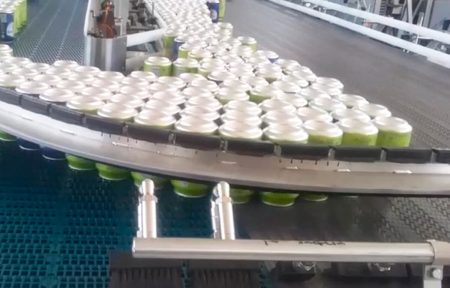 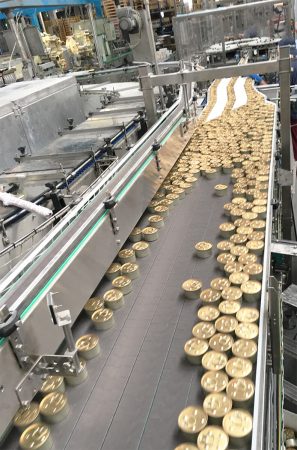 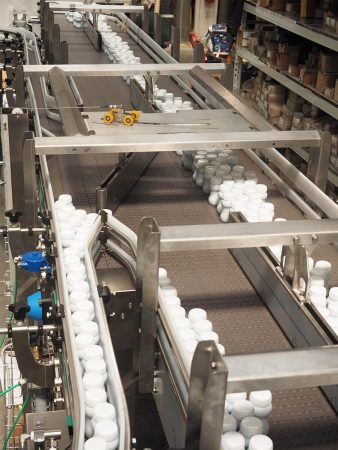 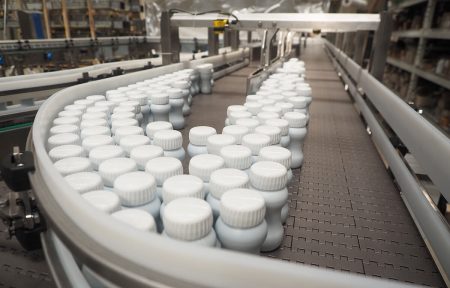 This system is used to accumulate the containers progressively, both in case of slowing down of the downstream machines, or of acceleration of the upstream machines. During the normal production cycle, the number of containers on the accumulation table is minimal and only for transit.

Low pressure on the transported containers, thanks to the constant regulation of the infeed and out-feed speeds;

Preserves the integrity of the product and the label.

The FIFO accumulation table with motorized guide is composed of 2 parallel modular belts, with opposite direction of travel. A special mobile motorized guide conveys the containers from one belt to another following the production flow.

This system is used to accumulate the product progressively when slowdowns or stops of downstream machines occur. During normal production, the presence of containers on the table is minimal and only for by-pass.

The accumulation is without pressure on the product, this characteristic is obtained by adjusting the speeds between:

The absence of thrusts or pressures in the handling of the containers allows their accumulation without friction between them. 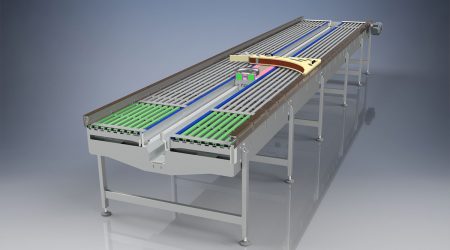 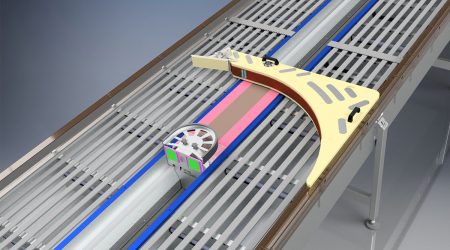 View our equipment by navigating through specific industries.

Bottle and vial handling in the Chemical and Cosmetic industry.

Fill out the form below